J. Henry Stuhr, Inc. has provided high quality funeral services to the greater Charleston community since its beginning as “Stuhr and Bruning Cabinet Makers and Undertakers” in 1865. In 1894, Henry D. Stuhr and John A. Stuhr, sons of Henry D. Stuhr, took over the operation of the business. The firm became a corporation in 1923 with John A. Stuhr, the remaining son of the founder, serving as President. 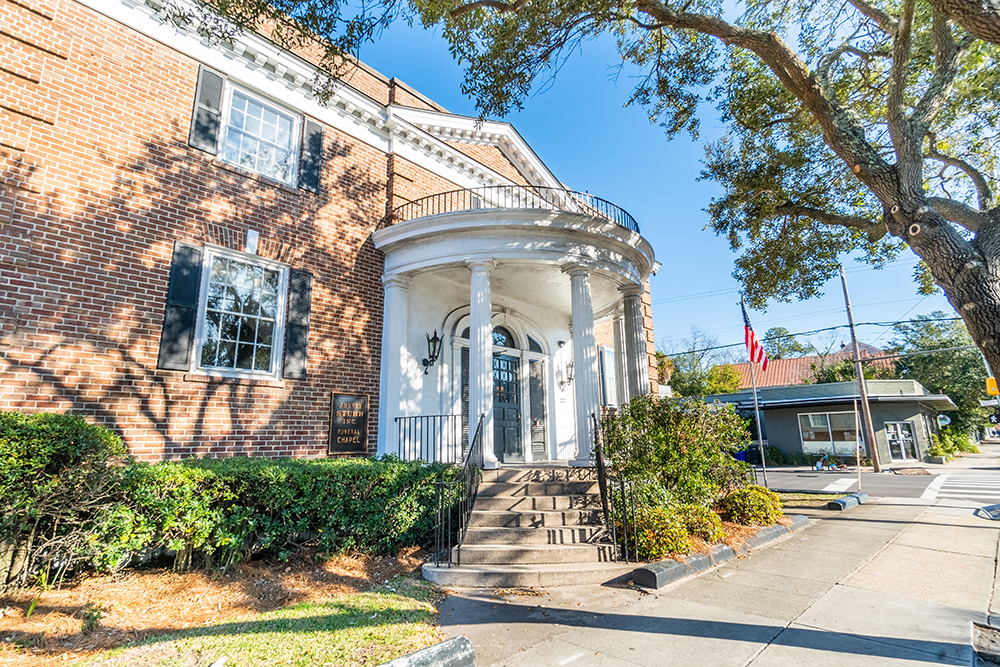 From a humble small business located at 56 Wentworth Street in Charleston, the company has now grown to five locations in the greater Charleston area. We own and operate the historic Downtown Charleston chapel on the peninsula, a chapel in North Charleston, our Northwoods campus with two on-site crematories, the Mount Pleasant chapel and Mount Pleasant Memorial Gardens, and our chapel in West Ashley. The Stuhr family, along with our team of hand-selected professionals, continues to work diligently to meet our mission of providing the highest quality funeral services as you seek to honor the life of your loved one.