While flowers are a time-honored gift when someone passes, many families are now asking for other expressions of sympathy instead.

“Flowers are typically sent as a token to say, ‘we love you and we’re thinking about you, and those arrangements would be taken to the cemetery to be placed on the gravesite,” explains Todd Griffin, managing director of Stuhr Funeral Home’s West Ashley Chapel.

With more and more people choosing cremation over traditional burial, though, there’s often no cemetery involved at all. So, many families are now taking care of the floral tributes themselves and creating custom arrangements, such as centerpieces or a wreath for the urn, rather than encouraging other people to send them.

“Another reason may be that while mom lived locally, the kids don’t. And if they’re all flying home, what are they going to do with the flowers?” adds Griffin.

The COVID-19 pandemic has also changed people’s attitudes toward flowers. For months, many florists were closed and professional arrangements were inaccessible. And even now, with social distancing limiting funeral attendance, families are less keen to ask for flowers.

“We’ve seen a big difference in the level of flowers now versus just eight or nine months ago,” says Griffin. “It’s amazing how quickly people’s buying habits are shaped, and I don’t think it’s going back to normal – certainly not anytime soon.”

So, to replace traditional bouquets, wreaths and potted plants, it’s become increasingly popular for families to request a different kind of tribute in the form of a charitable donation.

“Instead of asking people to spend $50 or $100 on floral arrangements, families are saying, encourage people to use that money to do some good and rally around a cause that was important to the deceased,” says Griffin.

For example, if mom was a dog lover, the family might ask for donations to a local shelter. They might set up a scholarship fund in her name because she was a life-long educator. Or, if she passed away from breast cancer, the family could have people contribute to research in that area. 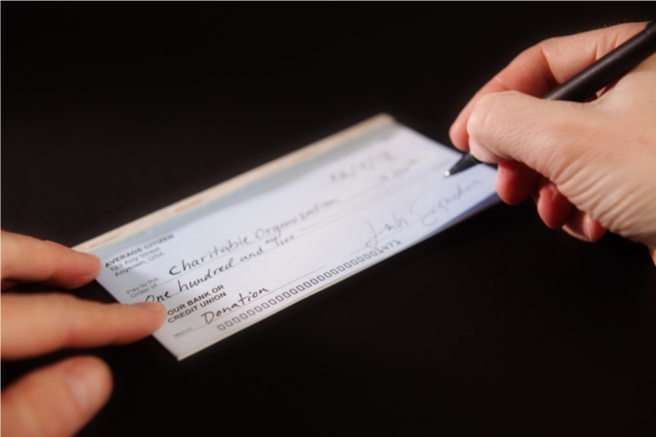 Even when a family does make an “in lieu of flowers” request, some guests still feel compelled to send flowers – and that’s okay, says Griffin.

“We have people who call all the time that say, we’d still like to send an arrangement and we accept those on behalf of the family,” he says. “Families typically know they’re going to get some flowers and just want to give tribute options. But they’re always grateful for any kind of support.”

Stuhr Funeral Home, a trusted name in funeral service for more than 150 years, cares for families of those whose lives have ended. Stuhr Funeral Home is committed to providing quality arrangements to honor loved ones and family traditions. For more information about available funeral services, visit JHenryStuhr.com or call (843) 723-2524.